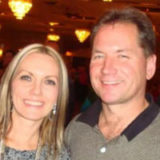 Wally and MaryAnn Raczkowski both reside in Kronenwetter, Wisconsin. They have 3 children: Emmitt, Alena, and Malek.

Wally started his musical career at age 10 when his father taught him to play the accordion. At age 12, he took up trumpet, and at age 14 joined the family band “The Music Aires” Variety Band which he played with through the 1980s. In 1988, he and fellow trumpet player Ron Dul formed the Polish Connection band and was its bandleader through 2017.

Wally performs with Steve Burclaw’s New Polish Sounds from Central Wisconsin and fills in with other local bands on Trumpet, Clarinet, and Saxophone. 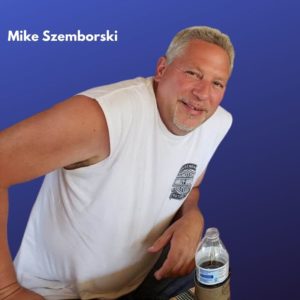 Wally and MaryAnn previously entertained on the Polka Jammer Network from 2005 through 2015 and returned in the fall of 2019. Over the years, Wally has collected a large library of polka music both studio and live recordings to share with the listening audience.

Mike Szemborski joined the Wonderful World of Polkas show in October of 2019. Mike grew up in Rudolf, Wisconsin, and started his musical career at a young age playing trumpet along with his father: Dave, in a band from central Wisconsin, called The Golden Tones. Through the years, he has played in many polka bands around Wisconsin such as The Benaseski Brothers, Harmony Heroes, Polka Highlites, Alvin Styczynski, Polish Connection (Drums), The Edge, Roger Majeski & The Harmony Kings, Polish Memories, and now plays trumpet with Steve Burclaw’s New Polish Sounds. Mike enjoys entertaining on stage and on the Polka Jammer Network. Mike and his wife Michele reside in Wausau, Wisconsin, and have a son named Jordan.