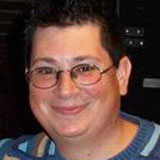 Kenny Konopka was born and raised in Wyandotte, MI, surrounded by polka music. His father, Mickey, was an original member of The Kavaliers, a local Michigan area polka band.

Kenny was a member of a local all accordion band called: “Accordion’s Internationale”.

He began DJ’ing while in high school. A friend by the name of Ron Toboy introduced him to the polish dance scene and he was “hooked” on polka music. He added more polkas to his collection, and was dubbed the “Polka DJ”. He became an IJ (Internet Jockey) in February 2000 with the debut of “Polka Café” on www.247polkaheaven.com before moving to the Polka Jammer Network on January 4, 2005.  His show expanded to a 2 hour LIVE show on April 11, 2006.

Kenny was on the Jammer until August of 2010 when personal issues forced him to take a hiatus from the business. He returned to the Polka Jammer Network on June 3, 2014. The show expanded to 3 hours on August 5, 2014.

During his time as an IJ, Kenny was honored when Wally Dombrowski of the Polka Country Musicians (PCM) composed his theme song “Polka Café” on the CD recording:  “Bring Back The Good Times” released in 2002.