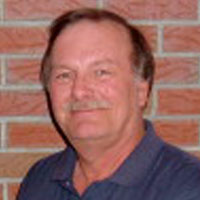 Billy Belina is a prominent musician, vocalist, and radio DJ who has dedicated his career to polka music. He was a member of several bands before starting his own band, the Bay State IV, and has made numerous recordings. His notable achievements include the Bay State IV “Salutes the Polka Stars” album, and a 1988 performance at the Smithsonian Folklife Festival in Washington, D.C. Since 1979, Billy Belina has produced a popular LIVE polka radio show on station WMUA at the University of Massachusetts in Amherst, Massachusetts. With the help of the Internet, his LIVE Saturday morning show has garnered thousands of listeners and has enhanced the popularity of polka music.

Polkaman Jack Baciewski brought Billy Belina to the Jammer on March 9, 2005. During that very first “vinyl” show, Billy had so many listeners from his WMUA show tune in that the Jammer server nearly crashed. The following day, management moved to increase server capacity.

Billy Belina has demonstrated a formidable dedication to preserving the continuance and growth of polka music. His peers have determined that he is deserving of being inducted into the Polka Music Hall of Fame.

THE POLKA VINYL SHOW with Billy Belina plays the absolute “cream-of-the-crop” in polka music off the old fashioned LP Vinyl records (whom Billy affectionately calls “the ol’ plastic”), as well as new releases and LIVE tapes.

BREAKFAST WITH BB airing Saturday mornings began in January of 2016 after WMUA’s student management diminshed the weekend polka programming wiping out all polka programs on Saturdays.

His programs air LIVE from Studio B in Chicopee, MA.