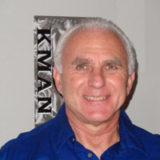 Kenny was born and raised in New Jersey and since birth has had polkas on the mind. His mother being of Polish decent and father of Slavish decent, polka music was always playing in the house.

Since a little boy the Polish carols played as the tree was decorated and still do to this day. During Christmas, the family gathered for the Christmas supper following the Polish Traditions. Afterwards, Santa would come and then the singing of the Polish Koledy. His first love came when at age four he fell in love with a certain album and song. In years to come, he wore that album out. That love was for Bernie Witkowski and the song, “Hey Krajewski”. He also loved The Connecticut Twins and Lil Wally and would go to local church events who had local polka bands performing. The shopping mall would bring the Bernie Goydish Band in a few times a year as well and always an exciting time for him. The weekend consisted of radio shows with Johnnie Stavins, Bernie Goydish, Ed and Chet, Bill Shibilski, and Monday night with Stan Kozokowski. On Sunday mornings, he would be awakened to Ed and Chet polka show and instead of sleeping in, jumped out of bed not to miss a tune. In school, he took up the clarinet in hopes of someday being like Bernie Witkowski and then followed learning the saxophone a few years later. Things stayed on that course till the late 60’s when his life suddenly had a new polka hero. His Mom and her Sister had gone to a place called Polonia Acres in Dover NJ to see a band. He had someplace else to go and when he got home his Mom told him he has to see this band. The next time they were playing at the Polanka he was right there. The band that really changed his life was no other than Happy Louie. He was hooked and wanted to go every time they were in the area. He was only 12 or 13 so had to count on his Mom taking him to the dances. If she didn’t feel like going he was one bummed kid and not the least bit happy. He then decided to take up the trumpet and wanted to be like Happy Louie. The years went by and as he got closer to being legal to drive made one promise to himself. He was hitting the road and nobody was going to stop him. That was exactly what he did and teamed up with 2 girls calling themselves “The Red Berries”, a song they liked played by Louie. They took to the road following Happy Louie for 2 years straight every weekend. When Louie didn’t play they would catch other bands filling in the schedule. The people met along the way, the good times, and the memories were probably some of the best times of his life. He attended school at night and worked full-time during the day to support his polka habit. He needed no drugs for was always high on polka music. At work, he would have to spend lunch break sitting in his car catching up on the rock and roll bands and tunes. Somebody would ask him about a rock band and he would have to bluff his way through, for he had no clue. If you asked him about a polka or who the polka band playing was, he knew it all. In time, he slowed down and everyone went separate ways. He met a girl at the Polanka in Dover and in time got married with Happy Louie playing the wedding. He has 2 children and took them to polka dances as well. Over the years, he and his wife saw things differently and parted their separate ways. He attended a dance once in awhile and soon dropped out for a bit. In time, he met a Scottish girl at work and got married. After a few years off from polka music, she became curious to see what it was about. In time, they went to more and more polka dances and this Scottish girl can do a mean polka. He had been at a dance where the Jammer was doing a live broadcast and his wife Judy said to him…you can do that. So a bit over a year later and the help from Mr. Eddie Biegaj here he is doing his own show on the Jammer network. He calls the show “A Blast From The Past”, and in simple terms is anything as soon as it comes out of his mouth to however long one remembers. It is a breakfast party show where he wants you to come and have fun. He has a lot of different ideas and wants to do things to include the listening audience.

So he hopes you’ll join him every Thursday from 8:00 to 10:00am for A Blast From The Past. Catch him and Judy at a dance and say Hi, they’d love to meet you.