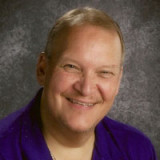 To say that Jackie Libera has been involved with Polka music virtually all of his life is an understatement.

Jackie began his polka music career at the ripe old age of five in 1960 when he joined his father, Polka Hall of Famer Johnny Libera, at the microphone of his Dad’s polka radio program. Soon after, Jackie was given his own show, the “Saturday Polka Picnic” which he hosted over WESO in Southbridge, Massachusetts. The show ran from 5:30 to 6:30 on Saturday afternoons and lasted two seasons. Jackie was featured in an article in the March 1961 issue of Radio TV Mirror magazine. The story, written by Alvhild V. Holmes of Oxford, MA was titled “The World’s Youngest Deejay.” Jackie also appeared as youngest polka disc jockey at the International Polka Convention in 1963 in Chicago.

As Jackie grew to a teenager, it quickly became apparent that his genuine love for music was accompanied by a pure and natural talent. He began performing on clarinet while attending school, and soon became a member of his first polka band, the Dick Pillar Orchestra. At the same time, Jackie took over the lead-in polka show to his Dad’s Sunday Polish Show. The program was called Polka Spotlite, a half-hour show which featured a polka artist, group or style. The show was broadcast in FM stereo over WQVR in Southbridge, MA. After many seasons hosting the Spotlite Show, Jackie would go on to co-host with his dad and merge the two shows together into a two hour program. After being on the air for over fifty years, Johnny finally decided it was time to retire and “give the keys” to Jackie who would take the Sunday Polish Show into the new century. However, a station format change ultimately spelled the end of this Sunday tradition, and Jackie aired the final Sunday Polish Show on October 12, 2008.

During his time on radio, and long after the radio show ran its course, Jackie continued to perform on trumpet, clarinet and saxophone with various polka groups including Heavy Chicago, the Bay State IV, and his own group, the Classix. Presently, Jackie can be seen performing on keyboard, bass and vocals with Dennis Polisky and the Maestro’s Men. He also continued as a public school music teacher and band director in the Southbridge and Grafton, MA school systems and finally at his last stop, the Oxford public schools, where he was the middle school bands director. Jackie’s teaching career spanned over 38 years, and in June of 2015, he retired from full time teaching to pursue other interests.

Jackie has always had a desire to eventually return to the air waves, playing the music he loves the best and sharing his passion for music with his listeners. As a result of his retirement from teaching, Jackie now has the time to come back to his radio roots and present to you, a wide assortment of polka styles and artists just like he did years ago. Polka Nite in America will offer the listener music from the present and past, live, on location performances, some musical commentary and a little something for the new polka musician (Jackie just can’t stop being a music teacher!). We hope you’ll enjoy what Jackie has to offer.

A few honors Jackie is especially proud of include being inducted into the International Polka Association Polka Music Hall of Fame in 2003, earning a Grammy nomination with the Maestro’s Men in 2004 for the album, Strike Up the Band”, and being a participant in the Smithsonian Institute’s annual Folklife Festival in Washington, D.C. with the Bay State IV in 1988.

Jackie and his wife Linda, who he coincidentally met at a polka dance, live in Charlton, MA, and daughter, Jenna is attending university in pursuit of a science degree.

As Jackie is fond of saying, “music is what I am and what I do…..welcome to my world!” Welcome to Polka Nite in America.