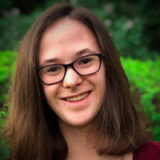 Emma Bogdon comes from a long line of polka musicians. Both of her grandfathers, Jim Bogdon and Bernard Koslosky Sr., played instruments and stressed the importance of playing music to their children and, thereby, instilling a love of many types of music. Jim had his own band in the 60’s called the Jim Bogdon Orchestra and, over the years, played with Matt Wasielewski and the Polka Jets, 1975-77 & 1987-91. At the age of 11 Emma’s father, Chris Bogdon, started his first polka band, the Polka Bees, along with his brother Erik Bogdon and cousins, RJ & Brandon Bogdon. From there he went on to also join Matt Wasielewski and the Polka Jets. In 1990 he became a member of Bernie and Randy Koslosky’s band, Energy which is where he met and later married Emma’s mom, Sandy Koslosky. He also played with Frank Borzymowski’s Rhythm & Sounds, John Steven’s Doubleshot, Li’l John & the ATM Band, Henny & the Versa J’s, and most recently, Polka Country Musicians. He has participated in over 15 recordings.

Emma is also a member of the National Honors Society, is in her school’s marching and concert bands, and is an Ambassador Girl Scout. She is also involved in the YMCA’s Youth and Government program and is Miss Teen United States Polka Association 2018-19.

Emma credits her love of public speaking skills to partaking in the Youth and Government program. Youth and Government (YAG) is a YMCA program that allows high school students to serve in a model legislature at the local, state, and national levels. Those in the legislative program write a bill each year that they present at the convention in May. If passed through both the House and Senate, the bill is then signed by the Youth Governor and passed onto the State Governor’s desk to be considered to be law.

For the past 11 years, Emma has participated in Girl Scouts. She has earned several awards and has worked her way up to the position of Director’s Assistant at her Service Unit’s summer camp. Her job is to plan the activities for the campers and then delegate to the Junior Counselors. She is also in the process of earning her Gold Award (the highest award a Girl Scout can receive). For her project, Emma is becoming an IJ for the Polka Jammer and creating her show, The Polka Lovin’ Girl Show which will air Monday nights 6-7 PM EST. Her goal of the project is to promote polka music to the youth.

Emma came to the Jammer in September of 2018. She can be contacted by email at polkalovingirl@gmail.com. (Note:  A new show airs every 2 weeks.)