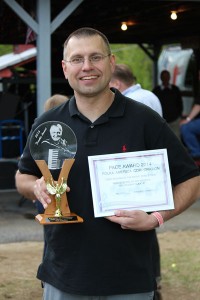 May 18, 2014 – Todd Zaganiacz received the Frankie Award and PACE Award from the Polka America Corporation

Congratulations to the following PJN IJs for the honors bestowed upon them by The Polka America Corporation (PAC) at the Pierogy Festival in Three Rivers, Massachusetts on May 18, 2014.

Todd Zaganiacz, recipient of the Frankie Award, which recognizes outstanding contributions and service to polka music in the name of Frankie Yankovic. The Frankie Award is a national service award given to those individuals whose efforts have been instrumental in sustaining the polka genre. 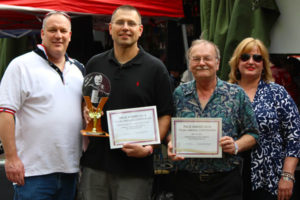