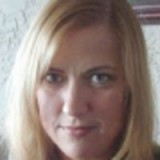 Sandy Lewandowski is from the Western New York area, just outside the great city of Buffalo! Growing up in a predominately polish neighborhood in Buffalo, she was brought up on polka music and has been attending and promoting it for about 30 years now! Sandy is the youngest of six children in the Boruszewski family. Her parents were proud polka promoters, as well. Her father, Ray, was President of the Buffalo Polka Boosters for many years and was active with the USPA and IPA in the early/mid 1970′s. After his passing, her Mother Emily took over his responsibilities and always had Sandy by her side. Emily was recognized throughout the polka industry as a fun-loving polka fan and promoter, and was Sandy’s inspiration for continuing her involvement in polkas.

Sandy feels very fortunate to have a musical background as well. At age 9, she took piano lessons and at 17 took concertina lessons from the late, Joe Nowaryta from Buffalo. Sandy also took Polish language classes in high school and college (Villa Maria Academy and Villa Maria College). She marched in Pulaski Day parades and was active in the Dom Polski center. Her heritage is a priority and it truly shows. Sandy came to the Jammer in September of 2006.

Sandy is married to percussionist and recording engineer, Matt Lewandowski and they have an eleven year old son, Brett. Brett is her shining star and Mom is teaching him to appreciate his heritage and to appreciate polka music. We all know that is a difficult task in this day and age! Brett likes to travel with Mom and Dad to polka events throughout the US and Canada and is proud to have taken part in Steve Litwin?s annual Concertina Jam at Seven Springs in 2006. She assists Matt with his recording projects, providing graphic design and always critiquing the music. She assisted Matt with the production of his latest recording “Remember Me” — polka music industry’s very FIRST recording in Digital Surround Sound/Dolby 5.1! Most recently, Sandy has done TV Commerical voice overs/advertising for Tango’s in Wisconsin, where you’ll hear her on NBC, WJFW Rhinelander WI – Channel 12 as well as ABC, WAOW Wausau WI – Channel 9!

When not out traveling across the country supporting polka music, she enjoys working on web sites, doing graphic design, photography, drawing and painting. Words that describe Sandy are “creative, fun-loving and vivacious!” Listening to polkas, playing along on her concertina, conversing via the Internet, writing articles and updates on the newsgroups keep her busy and very happy!

Musicians and Band leaders, if you would like your music to be heard on the “Center Stage” show, please e-mail Sandy or send your recordings to her at the following address: Sandy Lewandowski, 241 Warner Road, Lancaster, NY 14086

Sandy will be contacting many musicians in the near future and requesting bios from them in order to put them in the spotlight and take Center Stage!