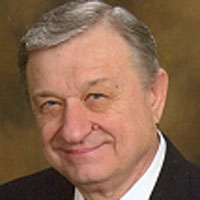 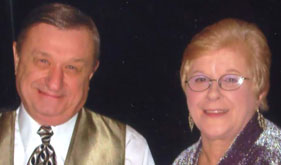 Richie Gomulka was born on February 6, 1942 in Chicago to Polish parents: Ted & Mary (Owca) Gomulka. As early as he could remember, he had and continues to have a love for polka music. Older people always asked him to sing for them even before he learned to play an instrument. A t the young age of twelve, Richie taught himself to play the accordion. He switched to drums after watching with admiration the late Lil’ Wally.

At the age of thirteen, the first band Richie performed with were the Lucky Boys. That band featured Lou Jedlowski, Jr., Jerry Jendreas, Fred Hudy, and Richie. As he pursued his musical career, he performed with The Sharps and The Harmony Jesters. He did substitute work for the late Lil’ Wally. He went on to perform and eventually manage The Eddie Zima Orchestra until the passing of Eddie in July of 1966. Richie appeared with the late Casey Siewierski Polka Band, the late Eddie Korosa, the late Lil’ Richard, The Imperials, the late Eddie Cnota C Notes, The Tones Orchestra (of which he titled “The Cadillac Sound”), The Paliga Polka Dots, the late Casey Homel, Jim Homel & The Changing Times, Lenny Gomulka & The Chicago Push, The Ampol-Aires Orchestra, as well as other Polka bands. For a brief time, he appeared with Eddie Blazonczyk Sr. & the Versatones, and Chicago’s own Harmony Kings. In the early 1970′s, Richie co-hosted the Polkarama Show that aired in the Chicagoland area over WTAQ 1300AM with Don Jodlowski. Overall, Richie broadcast many LIVE remotes.

Richie Gomulka made several television appearances. His first appearance, at the age of thirteen, was on the Morris B. Sachs Amateur Hour in Chicago which resulted in becoming a prize winner. He presently records for the Chicago Polkas record label.

Richie was often featured in Chicago at Polka lounges such as: Jakes’ Hop-Cyk-Cyk Polka Palace, Club Mono, Lucy’s Wisconsin Rendezvous, and Mary and Murph’s Le Polka Den of which Richie was part manager. In his travels, he performed at many other Polka lounges and halls as well as many private engagements. Richie makes appearances from time to time with his son-in-law: Bob Piven who is a concertina player, and several chosen musicians. Some of Richie’s other mentors that he would like to acknowledge are: the late Gene Lind (Lipczynski), Joe Jarosz, the late Lou Jedlowski, Sr., Johnnie Bomba, the late Steve Adamczyk, Leon Kozicki, the late Jolly Ted Rogalski, and the late Mattie Czech.

On July 6, 2003, Richie Gomulka returned to AM radio with the retirement of Bob Maczko. The Richie Gomulka Chet Schafer Polka Show aired every Sunday morning from 11:00AM – 12:00PM Central Time locally in the Chicagoland area over WPNA 1490AM with his co-host:  Chet Schafer. The program was engineered by Jerry Wantroba & Jim Kucharski. It was a very popular show in the Chicagoland area for many years featuring Chicago honky-dyno style polka music, nostalgia, & guests. However, by the spring of 2010, many of the listeners who had followed Richie’s WPNA show through the years either had passed away or were up in age, resulting in a number of sponsor ad cancellations.  By the fall of 2013, the show was no longer financially viable. The final edition of the Richie Gomulka Chet Schafer Polka Show on WPNA 1490AM aired on Sunday, July 6, 2014 after 11 years on the air.

Richie is happily married to his polka sweetheart: Suellen. They have five children, many grandchildren, and many nieces and nephews. Richie has two sisters: Angie Gomulka and Dianne (Steve) Paliga. He has one brother: Lenny (Estelle) Gomulka. Our parents would bring Lenny at the age of eleven to sit in with my band as an attraction. He would play a few tunes on his trumpet. There is quite a bit of history in regards to Lenny and Polka music, but currently he is the band leader of the Chicago Push. He originated this band and began making public appearances in January of 1980.

In addition to Polka music, Richie’s other interests are antique cars, older model cars, and is an avid fan of the sport of boxing as well as martial arts. Richie enjoys visiting various Catholic Churches as he has a strong devotion to Our Blessed Mother as well as The Blessed Sacrament.

Today, Richie Gomulka can be heard exclusively on the Polka Jammer Network. Richie was invited to be a guest on Jim Kucharski’s Saturday show in December of 2008, and was intrigued about the prospect of hearing polka music on the Internet.  Richie came to the Jammer on February 4, 2009 starting with his polka show, and adding an easy listening waltz show two months later.  His polka & waltz shows were engineered by Jim Kucharski from February 2009 until May of 2014, after which his son-in-law Bobby Piven took over the engineering duties.  Jerry Wantroba came over to Richie’s Jammer shows after Jim Kucharski left the network. (Jerry Wantroba passed away in January of 2021.)

Richie’s ultimate goal is to make people happy. His lifelong dream has always been to share his love for Polka music with all Polka people. Richie’s tireless efforts were rewarded in 2010 with his induction into the IPA Hall-Of-Fame.

Richie & Suellen reside in Berwyn, IL, a small town outside of Chicago.