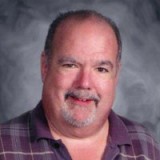 Major Mel got his start in radio at the age of 5 in Erie, PA. A local polka jock by the name of Randy Michaels who worked at WJET 1400AM happened to be a friend of the family. His parents would drop little Mel at the station every Sunday from 12:05pm until 1pm on the way to visiting his grandmother. Mel would watch Randy do the show and help pick the music. After the show, Randy would bring him back to his grandmas and have dinner with the family. Mel caught on very quick having grown up around polka music at his grandma’s house.

This went on until 1976 when Randy took a job as Program Director for WWYN 1260AM. The polka show aired from 12:06pm until 2:00pm. It aired for about two and half years, then the station switched formats and Randy left radio for about two years and was only doing weekends part-time at a local AM station.

Well, a long time friend of Randy and Mel by the name of Ron Seggi opened a new FM Station in Erie, PA on WSEG 102.3FM. This is where Major Mel got his real on-air experience. He and Randy would do a polka show each Sunday from 10AM until 12Noon and would take turns filling an air shift after the show.

In the mid 1980’s, Major Mel got a phone call from long time polka DJ Gary Loncki who did a 3 hour show at WERG FM. Gary was looking for someone to take over his show, as he had been on the air for many years first as a student at Gannon University, then after he graduated. He was looking to get out of the business, and asked Mel if he was interested in taking over his show. Without hesitation, Mel accepted. His friend Randy helped him out for a short time, but wasn’t able to commit. Mel went solo.

Shortly afterward, Mel was approached by the Program Director of WRIE 1260AM who offered him a Sunday morning 10-11am spot. Mel did both shows for 5 years until the station changed formats in January of 2006. During this time, he became good friends with Chief Engineer and Professor at Gannon University: Dr. John Duda. Dr. Duda took Mel under his wings and taught him broadcast engineering. Dr. Duda passed away in May of 2000, and Major Mel was promoted to Engineering Supervisor at WERG 90.5FM. He teamed up with Mike Kobylka, who was named Chief Engineer. To this day, they keep 90.5FM working like a well oiled machine.

Major Mel first came to the Jammer on June 23, 2008. He did a LIVE show on Monday nights until August of 2009 when health problems forced him to take a hiatus from the network. He returned in October of 2010 when the Jammer began simulcasts of WERG’s Sunday afternoon polka block.