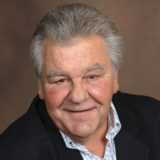 Bill Shibilski began his broadcasting career in 1963 as a volunteer at Fordham University’s FM station, WFUV in New York City. In the fall of 1964, station management asked him to host a radio program featuring Polka music and the rest is history. That FM facility was the first FM college station in the US and only the 6th FM station in the country when it originally started broadcasting. Coincidentally, Bill’s NYC area radio broadcasts today (Sundays 10 am-12 noon Eastern time) are on Fairleigh Dickinson University’s WFDU 89.1FM HD2 transmitting from the site and broadcast antenna of the inventor of FM radio: Maj. Edwin Armstrong. That show is also on the web at www.wfdu.fm and archived for two weeks.

Bill Shibilski was the very first DJ in the United States to implement a polka radio fundraiser when his original station was about to cease operations due to financial reasons. At that time, the station was staffed by all volunteers and his show was moved from Saturday afternoon to Wednesday evening when the University decided to limit broadcasting to weekdays. Shibilski’s audience contributed over $4,000 during that first three-hour fundraiser (a decent sum for the 1960s). He continued fundraising on an annual basis and his polka audience was directly responsible for major renovations like the return to a seven-day schedule, the purchase of a 50,000-watt transmitter and a conversion to stereo broadcasting. He remained in his Saturday night position for over 35 years and added commercial broadcasts of his Polka Party on other NYC-area stations as well.

Bill has served as President of AMPOLA, a Professional Polish business organization and as an officer of the Manhattan Chamber of Commerce. In addition to the radio broadcasts, he’s served as Master of Ceremonies at hundreds of events, dabbled in television, and appeared at Carnegie Hall, Lincoln Center, Manhattan Center and the Garden State Arts Center. In 1978, he started a 21-year career as MC of New York’s Pulaski Day Parade. In recognition of his many community contributions, he was named Honorary Grand Marshall of the 2016 Parade, joining past recipients like Statesman Zbigniew Brzezinski, entertainer Bobby Vinton, baseball Hall of Famer Stan The Man Musial, TV celebrities Stephanie Powers, Loretta Swit and others.

Bill left broadcasting in January of 2001 when WFUV management converted the station to an NPR format, shunning its original charter as a diverse broadcasting facility. In fact, the Fordham University Board of Trustees never bothered to send Bill a letter informing him that his radio show was dropped; Bill found out while watching the local news on TV. After 38 years on radio, he decided to retire from polka music, even though he was coaxed by many to return. One of those was Polkaman Jack Baciewski, who tried to get him to come on the Jammer in the early years. Bill politely turned him down, as he was bitter about the way WFUV management treated him after all he had done for that station. That “retirement” lasted a little over ten years until he was approached to do a Sunday night spot on WFDU 89.1FM, which he started in June of 2011.

Bill came to the Polka Jammer Network on October 6, 2011, after years of gentle “coaxing” by our own Billy Belina and assurances that he would get his original Saturday 6PM time slot. His Jammer show expanded to 2 hours on September 21, 2013. WFDU management was so pleased with the response to Bill’s Sunday show that it was expanded to 2 hours on Sunday, June 1, 2014. Bill’s “Polka Jammer” show is on Saturday 6-8PM Eastern and on the Polka Jammer Archives section 24 hours a day for three weeks following each broadcast. His WFDU show airs on Sunday 10am-12 Noon Eastern over WFDU 89.1FM HD2 in Teaneck, NY (online at www.wfdu.fm). That show is available in their archive for two weeks following each broadcast.