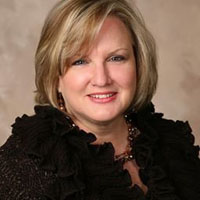 After eight months away from the microphone, Joni Zychowski Minehart will once again host her LIVE show, “Joni’s Jammin’ Polkas” beginning Tuesday, August 23. She looks forward to reconnecting with Jammer polka fans and especially with the music that she loves so much, so please join her in the chat room, email her at jminehart15@yahoo.com or text her with your requests! Joni and Jackie Libera will return to alternating weekly shows on Tuesday nights, so be sure to tune in at 8:00 pm Eastern time for a true variety of polka music!

Joni’s Jammin’ Polkas first aired on the network as a one-hour recorded show on Monday night, May 19, 2008. She moved to Tuesday nights and a two-hour live show in November of that year and aside from two eight-month hiatuses along the way, has been bringing to her audience her experiences in polka music that date back to the 1960’s when her parents shared their love of Polish polka music with an awestruck kid! Joni was honored by the United States Polka Association voting membership as 2013 IJ/DJ of the Year, an honor which she very much appreciates from Jammer polka fans.

So make a date with Joni Zychowski Minehart for this coming Tuesday night, August 23, at 8:00 Eastern Time as she, once again, brings you a LIVE broadcast of Joni’s Jammin’ Polkas!