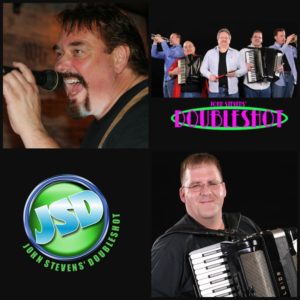 Join the BadBoy, Eddie Biegaj with his in-studio guest, band leader John Stevens, for a very special broadcast of this upcoming release.  Don’t miss this one, because the album won’t be out until June 1st.  Make certain to tune and get a preview of John Stevens and Double Shot before anyone else.  Then you can tell your friends, you heard it first, right here on the POLKA JAMMER NETWORK!

Disclaimer:  No animals were used to test this newest recording.  However, one studio engineer was injured during the recording process, but is currently in therapy and is expected to have a full recovery from the hangnail on his “record button” finger.  Join BadBoy Eddie Biegaj with his guest John Stevens for the release party that everyone one will be talking about for decades to come!