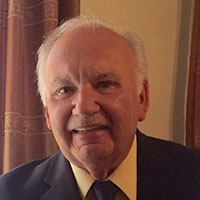 Jersey Shore, from 4 to 6 PM ET (3 to 5pm CT), it’s Polka Party with your host Andy Citkowicz.  Andy is bringing to the Jammer a special SOLD OUT, LIVE performance of their very first show, the new band called HEROES.
Heroes is a brand new Eastern Style band featuring Eddie Biegaj, Chuck Pendrak, Rick Gazda, Hank Borawski, Joey Yachnik and Greg Dolecki!  These seasoned veterans are coming together to resurrect the music of The Connecticut Twins, Bernie Witkowski, The Kryger Brothers, Ray Budzilek, the Naturals and a few more surprises.  This is Eastern Style the way it was meant to be played.  The arrangements are note for note from the original recordings.  The tempo is just like the record.  Get ready to kick up your heels at home as Andy Citkowicz’ Polka Party presents HEROES.  Exclusively on the Polka Jammer Network!