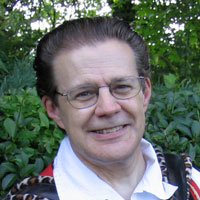 The Polka Jammer Network welcomes a new IJ to the schedule this week.

Coming to you from near the shores of Lake Erie, it’s Fred Ziwich and The “International Sound Machine Show” that will air Saturday afternoons from 3 pm to 4 pm Eastern Time (2 pm Central.)

Fred Ziwich is one of the most well-known names and faces in the polka scene from the Cleveland, Ohio area. The “International Sound Machine” is one of the most versatile bands that you will ever hear. And his show for Polka Jammer will be an extension of that. The music chosen each week will feature a variety of all the polka styles, delivered in a somewhat scholarly way.

Each week, several special segments will be featured, such as Two Versions of the Same Song, Fred’s Worthless Polka Trivia, A Pop Tune as Done by a Polka Band, Polkas Down Memory Lane, the most recent Polka Recordings, and more.

Among his accomplishments is his induction into the National Cleveland-Style Polka Hall of Fame in 2010, a Grammy Nominee in 2007, German-American Citizen of the Year for 2007, plus twice winning Annual Award for “Recording of the Year.”

His show will be recorded at the “I.S.M.” Bunker in North Olmsted, Ohio.

For request, comments and dedications: FredPolka@Yahoo.com