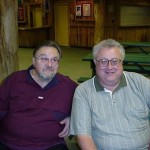 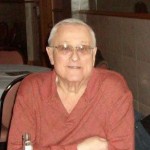 It’s with great sadness to announce that Fred Hudy of Chicago passed away on Saturday, August 31st at 12:00pm Chicago Time after a long illness at the age of 71. He was President of the IPA from 1983 until 1993, and was a bus driver for the late Eddie Blazonczyk Sr.  In the early 1960’s, he played drums with The Monumentals. He was inducted into the IPA Hall of Fame (living category) in 1993.

Visitation will be on Tuesday, September 3rd from 2-9pm at the Ridge Funeral Home, 6620 W. Archer Ave, Chicago, IL. A Mass of Christian Burial will be held at 10;00AM on Wednesday, September 4th at  St. Daniel the Prophet, 5400 S. Nashville Ave in Chicago, IL.

On behalf of all of us at the Polka Jammer Network, we offer his family our deepest condolences.