You are here: Home / News / Eddie Biegaj Inducted Into the IPA Hall of Fame 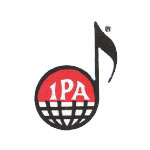 Congratulations go out to Polka Jammer Network Board of Directors Member and IJ, Eddie Biegaj, on his induction into the International Polka Association (IPA) Hall of Fame, Living Category, for 2014! This is a well-deserved award, as Eddie is a musician, vocalist, band leader, composer and promoter, in addition to his service to the Polka Jammer Network. His full biography will be available on the IPA website in the next several months.